By the end of 2020, around 1.3 million photovoltaic systems were installed on one- and two-family houses in Germany. An analysis by EUPD Research confirms an overall saturation of eleven percent. Regarding the federal states, Baden-Württemberg reached the highest saturation with 21 percent. In Eastern Germany in particular there is still a very high solar potential.

Bonn. In 2020 alone, a record number of 150,000 private households decided to use the power of the sun and generate green electricity on-site with their own photovoltaic (PV) system. This is ecologically necessary for the successful energy transition and has a financially positive effect for the plant operator. Numerous households will also be confronted with rising electricity prices in 2021. Evaluations from the beginning of the year show an average electricity price for private households of 31.89 Euro cents per kilowatt hour. This is offset by the electricity production costs of less than ten Euro cents per kilowatt hour for a newly installed photovoltaic system.

Measured against the number of suitable roof areas, the EUPD analysis reveals an open potential of 89 percent for single- and two-family houses in Germany. In the regional analysis it is noticeable that in southern Germany the saturation rates on a district level are the highest. In contrast to this, an even greater potential is imminent in eastern Germany in particular. In a Germany-wide comparison, the district of Stendal in Saxony-Anhalt shows the lowest saturation with a rate of merely 3.4 percent.

“The analysis of the number of suitable roofs reveals an enormous solar potential for one- and two-family houses in Germany. In addition to the sheer number, the average system output has also been growing for years, so that the roof potential for photovoltaics needs to be assessed not only quantitatively, but also qualitatively,” Dr. Martin Ammon, Managing Director of EUPD Research, adds. 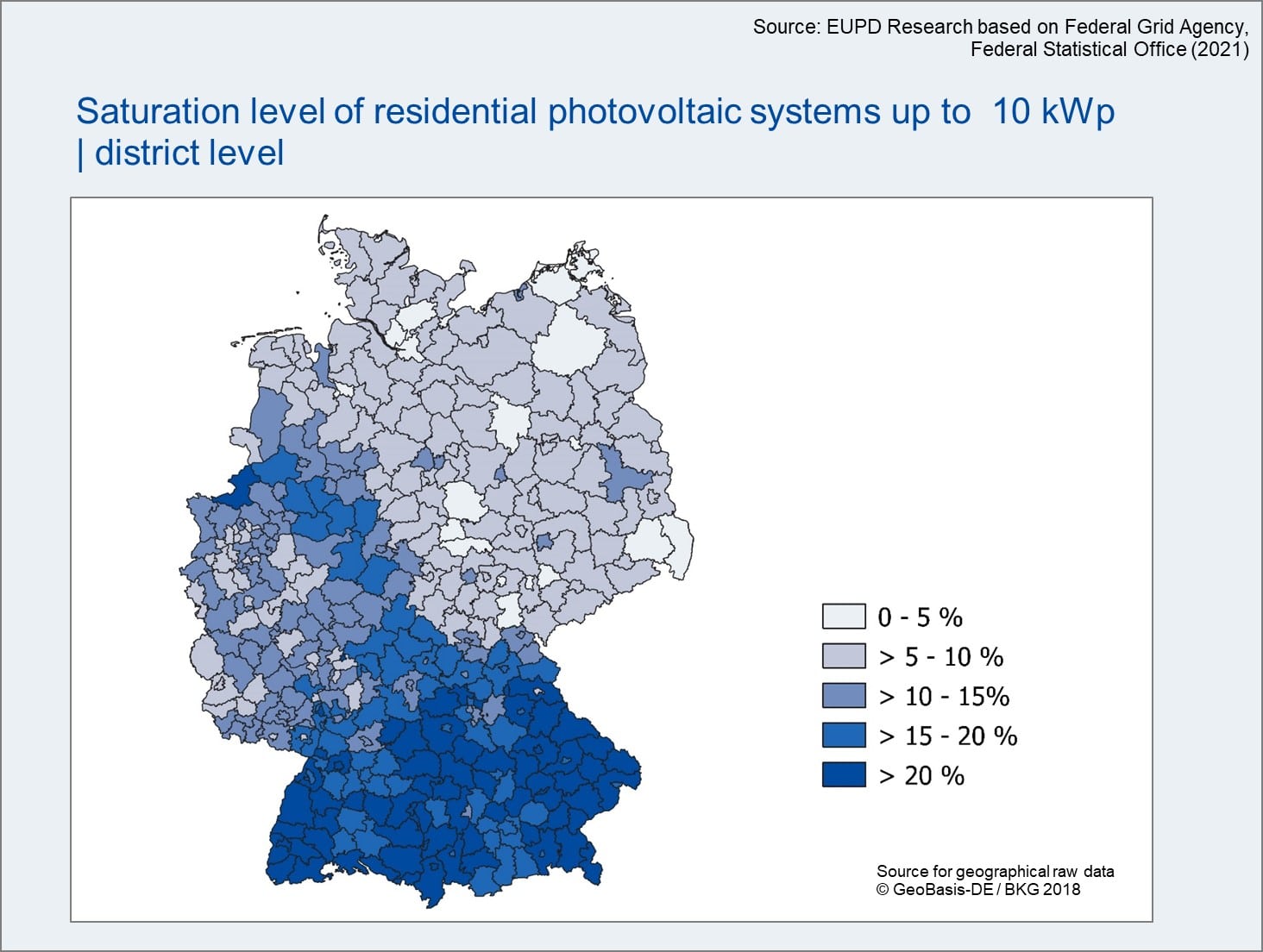 Development of the Belgian photovoltaic market – customer demand and component...

Increasing offer of storage solutions in Austria and Switzerland – all surveyed...
Scroll to top